The Walls of Viseu

The Walls of Viseu are located in the city of the same name, Parish of Santa Maria de Viseu, County and District of Viseu, Portugal. 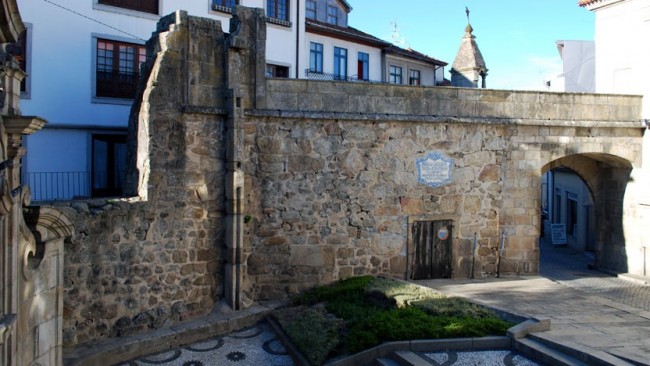 In a dominant position on a hill at the confluence of the river Pavia with the river Dan (tributaries of the river Mondego), fortification of the city is very old, having been established in a proper castle.

At the end of the third century, before the threat of invaders, it may have been reduced the perimeter of the wall to facilitate the defense of the village. It is believed to be perhaps a portion of this wall and a semi-circular turret which were discovered in March 2004 in Formosa Street, when the works of rehabilitation that pedestrian alley. These traces were musealized and are now visible through a glass plate laid at ground level. Were also discovered, associated with the wall, three graves of children, a coin and ceramic pieces. 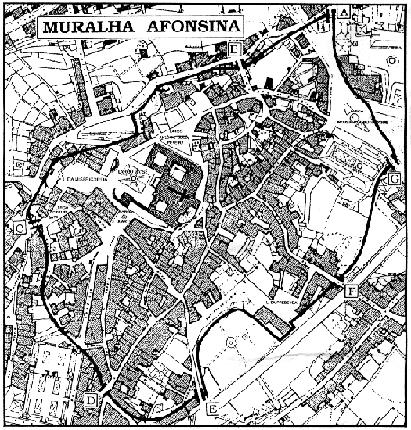 Later, with the domain of the Visigoths from the sixth century, Viseu became a city, becoming the seat of the diocese, having been coined here Visigoth currency in the seventh century.

With the Muslim area of Al-Andalus, from the beginning of the following century, the city was known as Castro Vesense (vesi = Visigoth), remaining fortified.

At the time of the Christian Reconquista of the peninsula, the city was still achieved in the mid-eighth century by the forces of Alfonso I of Asturias, that left abandoned and seeks to ensure that it could come to serve as a support for new Muslim advances.

Reoccupied in the following centuries the possession range between Muslims and Christians, to taste the ebb and flow of the border line, until finally conquered by the forces of Ferdinand I, King of Leon and Castile (1057). 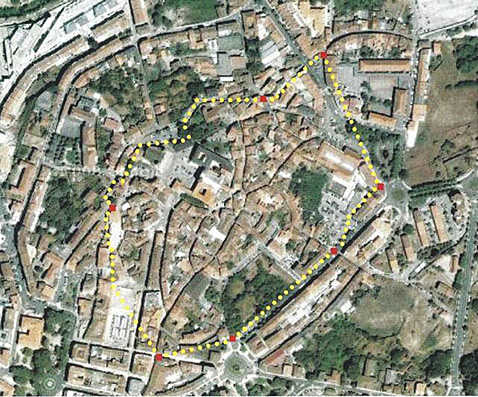 With the formation of the Portuguese Province, Viseu was, on several occasions, residence of the counts. After her husband’s death, Teresa granted the first charter to Viseu (1123). A new charter, alluding to the same diploma issued previously by D. Afonso Henriques (1112-1185), was passed in 1187 by D. Sancho I (1185-1211) and confirmed by Alfonso II (1211-1223), in 1217 . In this charter of King Sancho II is also made reference to the “old town”, as opposed to a new expanded core demographic and economically.