Castle of Penedono, also referred to as Castle Gaunt, Beira Alta, located in the village, parish and Penedono municipality in the district of Viseu, Portugal.

In a dominant position on the town, this small medieval structure is in a mix of defensive fortification and residential place.

During the eleventh century, at the mercy of the ebb and flow of Christian borders, Penedono and its castle changed hands several times. Its final reconquest was due to the action of the King Leonean Fernando Magno (1064). An inventory of the property of Guimarães Monastery, issued in 1095, relates the Penedono Castle among other goods previously postulated by D. Chamoa. With the political emancipation of Portugal, its areas have been incorporated into the new nation. Sancho I (1185-1211), compared to the strategic situation of Penedono, near the border line, encouraged the repopulation of these lands through Foral (1195) at the same time determining the reconstruction of their defenses. His successor, Alfonso II (1211-1223) confirmed his charter in 1217. The town and its castle also had the attention of King Dinis (1279-1325), which determined him reinforcements in defense. 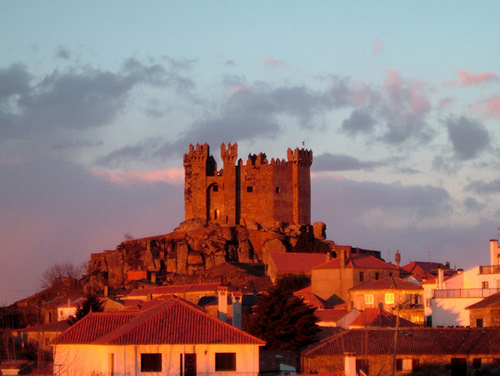 The current configuration of the castle dates back to the late fourteenth century, when Ferdinand (1367-1383) included the village in Trancoso term. Given the intention of the City Council to raze the castle of Penedono, the good men of this village rose up, achieving their autonomy.